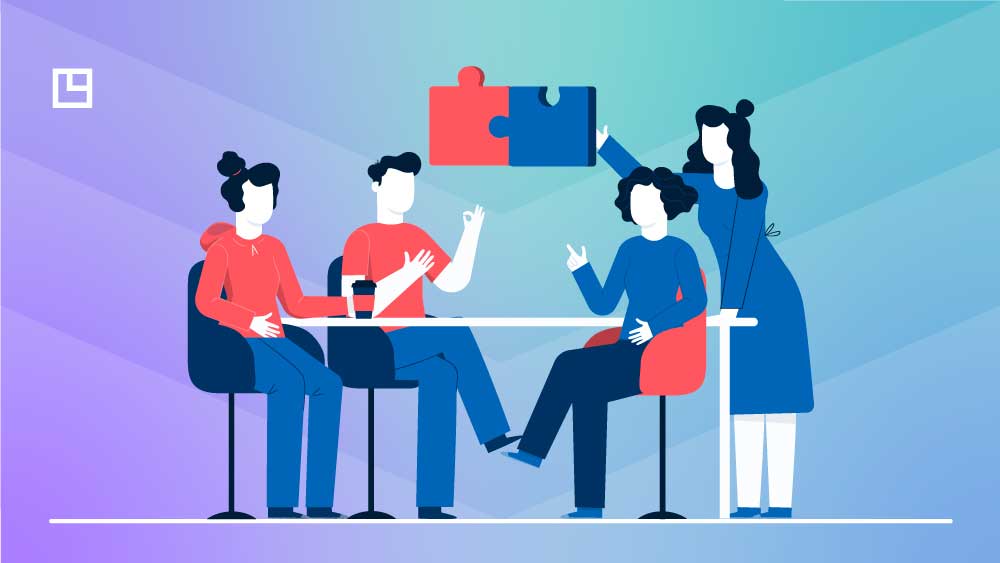 DealRoom works with hundreds of firms and corporates managing joint ventures and helps them maximize value through our industry-expert developed JV software that helps firms anticipate challenges before they’re encountered.

In this article, we look at joint ventures in some detail, and touch on the importance of strong JV software to generating successful outcomes in joint ventures.

What is Joint Venture?

A joint venture is a business arrangement wherein companies pool resources and create a new legal entity with specific strategic goals. The organizations which create the new entity under the terms of the joint venture will share ownership, risks and returns, and governance of the entity.

The strategic motives for creating joint ventures can include anything from pooling R&D resources to entering new geographical markets (see section which follows).

Why Consider a Joint Venture?

The genesis of a joint venture is that bringing the resources of two or more companies together is often a more effective way to achieve strategic objectives than attempting to do so alone.

As strategic M&A shows, firms can complement each other in unexpected ways. But for a myriad of reasons, M&A might not be the immediate answer for the companies looking to achieve these strategic objectives.

This is where joint ventures enter the picture.

Aside from the advantages of joint ventures (see below), which are also motivating factors for JVs, the following reasons often underpin the decision to undertake joint ventures:

Not every company has the resources to immediately undertake an M&A transaction. In the short-term, JVs can offer an alternative to achieve many of the same objectives, with much lower resource requirements.

On occasion, an opportunity to create a JV will present itself to the participants which will seem too obvious an opportunity to refuse (most commonly seen in cross-industry JVs). In such cases, joint ventures are born.

The most commonly cited benefit of JVs is their potential for risk mitigation.

When an opportunity has to be exploited within a certain timeframe to fully enjoy its benefits (e.g. a new licence being granted), companies may need to pool resources through JVs or risk missing out on those benefits.

Other reasons dealmakers form JVs are as follows:

These joint ventures are created by two or more companies operating at different positions along a vertical supply chain. An example could be a producer and a materials provider creating a JV.

As the name implies, project joint ventures are established by two or more companies with the aim of developing a specific project. Often the joint venture is wound down as soon as the project’s objectives have been achieved.

In this type of JV, two companies with complementary resources (functions) create a joint venture to enjoy synergies. For example, a company with an excellent product or service and a company with a large distribution network.

Joint ventureship and its archetypes exist on a spectrum between start-ups and M&A deals. Other varieties of launching joint ventures, based on the firms' business styles, include the following:

Hulu, the online streaming service, is often cited as the classic example of a joint venture. It began life as a joint venture in 2007 between NBC Universal, Providence Equity Partners, and News Corporation. These companies were later joined by Walt Disney. By pooling the media and investment resources of all four companies, the joint venture created something which was far more effective than the sum of its parts.

One of the ways that brewing firm Heineken has achieved global ubiquity in bars has been through joint ventures with local players. An example of this came in 2016, when it created a joint venture in the Philippines with Asia Brewery Inc.

This example of an international joint venture enabled Asia Brewery to upgrade its brewing facilities and bring its operational practices in line with world class brewing standards, in return for distributing Heineken’s in-house brands across the country.

A joint venture is essentially a form of partnership which is more formally recognized.

Whereas a partnership usually entails a contract that demands both sides agree to fulfill certain criteria (e.g. commitment of resources), a joint venture involves both creating a new legal entity, wherein both share risks and returns as well as corporate governance.

Why not check out: Strategic Alliance vs Joint Venture: What's the Difference?

Hence, much of the planning that surrounds joint ventures is very similar to that of a traditional merger: defining (preferably in measurable terms) the objectives of the joint venture, understanding how the JV partner fits with your own company culturally and operationally, and overseeing the successful implementation of the new entity, including its corporate governance.

“You can't have a dominant party in joint ventures. It just won't work because the other party will feel very disengaged. They will feel that they're not being heard.”
Ivan Golubic, former VP of Corporate Development at Goodyear

We believe there are 5 key issues to consider when strategic planning for joint venture.

These include the following:

Like any M&A transaction, the more definable and measurable the objectives of the JV, the more likely it is that the operation will be a success.

Having clear goals and objectives (e.g. nott expansion to the Canada market’ but ‘20 new restaurants operating in Canada within one year’) will also strengthen the proposition when pitching to potential partners.

It goes without saying that for a JV to be a success, the partner chosen by a company has to be suitable.

What makes them a better fit from a cultural and operational perspective than anybody else? Are they fully committed to the venture? What issues, if any, can you foresee arising with them that could destroy value in the new venture?

Check out our interview of Rich Schaafsma, VP of Corp Dev at General Motors, about the best approach to source, create, and manage international joint ventures.

Even the most successful partnerships can go awry, so it’s important to formalize the terms of the joint venture as much as possible.

Everything from how appointments are made to dividends, investment of funds, and even existing possibilities (see below) should be in writing to avoid conflicts over the course of the Joint Venture’s business cycle.

Many of the JVs that don’t end well are the ones that were simply overlooked as soon as the new entity was created.

At what stage does your company plan to finish the JV and by what means?

No joint venture lasts indefinitely. They’re either wound down, acquired by one of the parent firms or a third party, or spun off on their own.

It helps to understand at the outset what your company’s eventual strategy is for an exit so that you’re fully prepared for it when the time arrives.

Resource conducted by McKinsey of 970 executives that concluded JVs backs these up.

Below, the results of the survey questionnaire are outlined, showing what executives believed to be the main reasons for the success or failure of their own companies’ joint ventures.

Advantages and Disadvantages of Joint Ventures

Following is an fascinating insight during an interview with M&A Science about making JVs successful with Ivan Golubic:

“Talk about things that are uncomfortable while you're still friends, not after you get in a fight or in an argument with the other side.”
Ivan Golubic, Executive Director, Gamma Corporate Development

This might be the overriding message for all JV processes: Honest, straightforward communication is key to successful outcomes.

All joint venture processes include the following steps:

Which includes issues such as asset contribution and equity stake of the participants, scope definition, strategy and business plan development, and even the exit plans. Below are the results of McKinsey's interviews. They also cite: “We continually fall prey to the pressure to get a deal signed and then forget to plan for operational realities.”

Which includes operational planning, parent company service agreements, definition of management and decision rights, and more. It is crucial that this stage also includes a solid dispute mechanism design.

Integration and/or setup of functional areas (HR, IT, etc.), capital management, management decision making and governance, and capturing of synergies.

This should be planned for at the outset of the JV, but when being implemented, should look at issues such as valuation of the JV, resolution of any outstanding issues within the JV, buyer selection and JV deal structuring.

Here is a 4-step process to executing exit negotiations:

According to a research conducted by JV Alchemist, it's critical to focus on the primary issues in the JV process early. All of the must-have items should be addressed within the first 2 months.

Factors to consider before signing an agreement with another firm

The interview with Ivan Golubic cited above notes several points for ensuring successful JVs. The most important of these are:

Below are 5 other elements that must be considered in the planning, structuring, and negotiations of a fresh joint venture.

Draw up a shortlist of potential JV partners

Oversee running of JV in accordance with terms of JV agreement

Exit according to your company’s own strategic plans

The importance of due diligence in joint ventures

The general assumption - which is cited here - is that joint ventures are lower risk than M&A. While this is broadly true, it would be wrong to believe that the risks are so low that due diligence isn’t required.

To take just one example: As outlined above, joint ventures can often involve disclosing confidential and valuable company information to the other party. This is always a risky endeavour. And it’s not a risk that exists in M&A transactions.

The general differences between due diligence in JVs from M&A are outlined below:

How DealRoom Can Help

DealRoom can be an invaluable partner to both sides of the joint venture process. This value begins at searching out partners and continues until the JV exit has been implemented.

The benefits that can be obtained by using DealRoom’s project management tool include:

M&A Process | Complete Walkthrough Merger & Acquisition Transaction
Thank you! Your submission has been received!
Oops! Something went wrong while submitting the form.