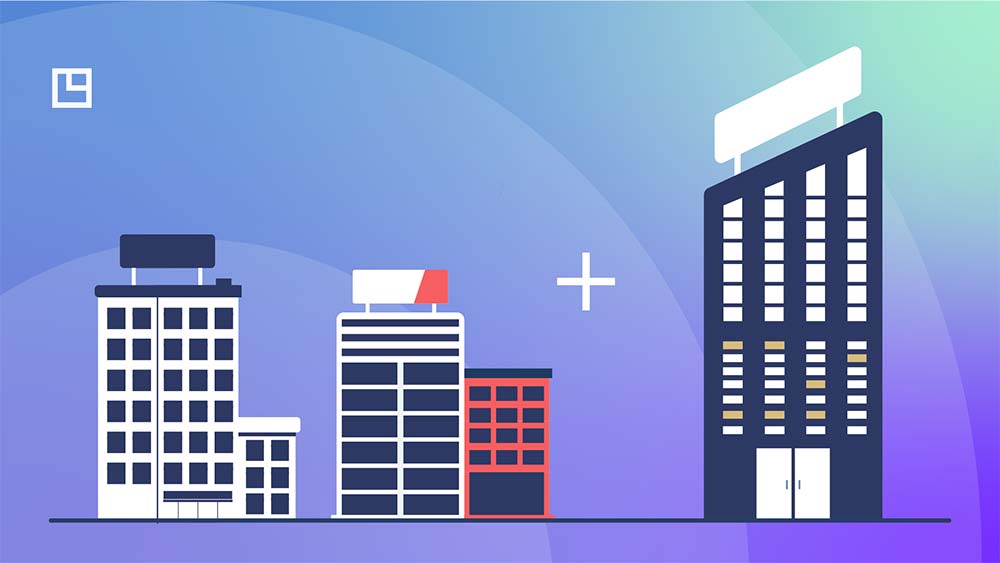 DealRoom has been involved in several of these transactions over the past decade, giving us special insight into the process. This is the ultimate guide to vertical integrations.

What is Vertical Integration?

Vertical integration is an M&A transaction in which one company acquires another company at a different point of its supply chain (upstream or downstream) with the intention of consolidating its supply chain. Vertical integration is sometimes used as a strategy by companies that want to ensure ready access to the raw materials used to manufacture their output more efficiently than having to depend on outside suppliers.

So, for example, in the famous case of vertical integration provided by the Ford Motor Company at the River Rouge complex, the integration happened simply by Ford building next to a river, purchased railroads and coal mines, built a sawmill and more.

There are generally considered to be three times of vertical integration (although the third is merely a mixture of the first two):

Acquiring companies or assets upstream in the supply chain. An example of forward integration is is a farmer that produces a cheesemaker or a downstream distributor (i.e. a trucking company transporting the milk) buying trucks to distribute produce to retail stores.

Acquiring companies or assets downstream in the value chain. An example of backward integration is a store of retail chains acquiring a milk plant to produce its own-brand milk, or a shirt-maker acquiring cotton fields.

This is the case of a company on the supply chain acquiring forward and backward, to create a more ‘balanced’ vertically integrated company.

So, rather than a farmer buying a cheese maker as with vertical integration, in horizontal integration the farmer would buy (or merge with) another farm. In both cases, there’s a benefit of scale that didn’t exist before the acquisition, but it’s subtly different.

Advantages and Disadvantages of Vertical Integration

There is no firmly established relationship between vertical integration and profitability. We are hardwired to believe that when a company owns its means of production - or a raw materials producer has acquired some means to sell their produce at a higher point of the value chain - that the end result will obviously be profit.

There is a strong rationale to this, but consider the following:

‍As with any M&A transaction, acquiring a company on the supply chain doesn’t automatically lead to ‘1+1=3’. Deals can destroy value as much as create it, and managers need to be cognizant of this before entering transactions.

‍Yes, it’s still important, even when both companies are dealing with (quite literally) many of the same end customers. It doesn’t mean that the corporate cultures are the same, and misunderstanding this can set up culture clashes.

‍As we have alluded to, operations can build in slack when a company is guaranteed its output will be purchased in-house. Competitive edge and innovation tends to diminish. This can be a challenge even for good management.

Taking these into account, where is the opportunity for companies vertically integrating to do so profitably? The answer lies in understanding exactly how value is created at each point of the value chain. For example, on this same topic, PIMS Associates note:

“For businesses located in mature and stable markets, vertical integration (i.e. make rather than buy) generally impacts favourably on performance. In markets that are rapidly growing, declining, or otherwise unstable the opposite is true.”

According to PIMS, the logic appears to be that in markets characterized by little innovation (i.e. mature and stable markets) where the value chain is already well established, there’s good opportunities to generate profitability in vertical integration.

The opposite is true for declining firms(where there is rarely opportunity for profitability anyway) and rapidly growing firms, who may be better positioned to generate profit by staying agile, using available cash to fund the growth ambitions, and refuse to become an unwieldy mid-sized company.

‍Much has been written about the first moving assembly line at the Ford Motor Company over 100 years ago. This is often seen as the birth of mass production. What is less discussed is how, for the production line to work in the way that Henry Ford had planned, the company needed to be completely vertically integrated.

The company basically acquired every single component needed to manufacture a car. Among other acquisitions, Ford purchased a coal mine to power its smelters, an iron mine to produce the metal,  700,000 acres of timberland for the wood used in car frames, freighters to bring ore from the mines, and even a glassworks for the glass used in his car windows. It even had a sales operation in place to ensure complete vertical integration.

What could go wrong?

Well, as the section above on profitability discusses, operational slack becomes a problem at some point in vertically integrated companies. And so it was at Ford. Other car companies came along and ‘stole its lunch’ - notably Toyota, in the second half of the 20the century, which pioneered JIT (Just in Time) manufacturing, negating the need to be fully vertically integrated.

‍In 2017, the world’s largest online retailer Amazon, was looking to expand its presence in grocery purchases in theUnited States. For some time, grocery purchasing had been seen as the last great frontier of e-commerce. Many had tried it, but few had succeeded.Groceries, with their requirement for freshness, made the e-commerce move difficult, analysts said.

Then, Amazon acquired upmarket grocery store chain Whole Foods for$13.7 billion. A market-shifting vertical integration play by the e-commerce retailer. In possession of warehouses and distribution centers across the United States, the one thing it lacked until this point was a physical retail presence. Amazon began embedding its technology in the retailer’s stores shortly after the transaction closed.

The acquisition of Whole Foods also gave Amazon insights into physical retail that they couldn’t easily have gained without it. Five years on, and the company is now rolling out a series of Amazon Fresh stores across theUnited States. These smaller convenience stores are essentially another vertical integration move by Amazon, but with an acquisition of assets (i.e. the properties) rather than acquiring another company.

‍Over the past twenty years, big technology firms have been among the most active of any industry segment, often in an attempt to acquire valuable IP or to gain a foothold in consumer spaces where they see huge growth (health tech being a recent example of this). For anyone looking for a balanced integration strategy (i.e. backwards and forwards integrations), look no further than Facebook.

Facebook’s big forward integrations over the past decade and a half are well-known: Instagram acquired for $1 billion in 2012 and WhatsApp, acquired for $19 bullion in 2015. These are the customer facing acquisitions -the upstream buys. But Facebook has made almost 100 acquisitions over this period, often in back-end software that underpins the customer-facing apps (i.e. backwards integrations).

This is the essence of a balanced integration strategy - improving the supply chain (in Facebook’s case, Intellectual property, technology and technology talent) to power the front-end (in Facebook’s case, customer-facing platforms like Instagram, the videos that play on Facebook’s own platform, andWhatsApp messenger - the world’s most popular mobile communications tool).

The example of Facebook and its peers shows that, even in fast growing industries, there can be a place for well-conducted vertical integration. Technology firms, arguably more than other firms, tend to see vertical integrations as a chance to build their teams and not just their assets.

This is something well covered by Ailene Holderness, Head of M&A at IAC, in a recent podcast with M&A Science. IAC has built many firms everyone will recognize, such as Tinder, Expedia, and Vimeo, to name a few.

“Risk taking should be rewarded. Institutions who embrace that can find people who can add a lot of value to their teams because they have done something outside of the box.” - Ailene Holderness

Also on M&A Science, Jerry Will, Vice President of Corporate Development at 3M, says that one issue underpins all vertical integration acquisitions at the company:

“At that top level, you need some sort of cohesive, consistent view in terms of how you go about generating value for customers in all those different markets. We spend a lot of time thinking about that.”

Notably, he states that customer value can be generated at any stage of the value chain.

What emerges from looking at tech firms and others is that strategy has to underpin a vertical integration. Bringing a different part of the supply chain under the company umbrella is not going to generate value just because it’s owned by the company.

That’s a lazy logic. When considering vertical integrations, it appears the key question to ask is not: “how will this reduce costs?” but rather, “will this transform our company?”

How Deal Room Helps with Integration

DealRoom has been developed and honed based on insights gleaned over thousands of M&A transitions. We estimated that up to 20% of these have been vertical integrations, across a range of industries.

These deals, by their nature, require more due diligence than horizontal moves forcing managers to understand parts of their supply chain they hadn’t considered before.

To understand how our M&A deal management solution can ensure your vertical acquisition strategy is one that transforms your company rather than one that simply reduces costs, schedule a free consultation (demo) today.