Vertical Integration Explained: How it Works (+ Examples)
Guide to Mergers & Acquisitions: M&A Meaning, Types, Examples
The Ultimate Guide to the Due Diligence Process in M&A
The evolution of data rooms to virtual data roomsText Link 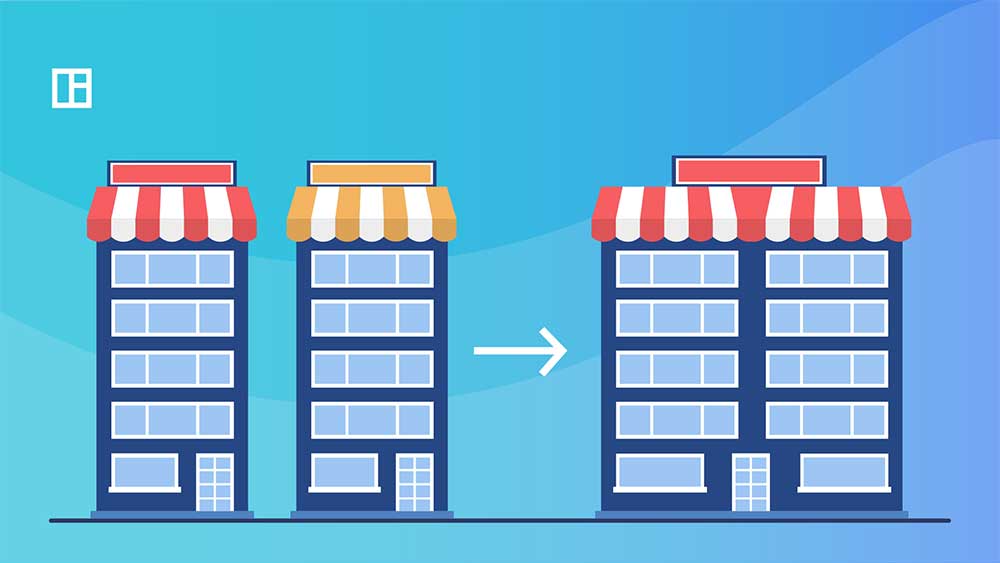 A horizontal integration is an M&A transaction that occurs between two or more companies at the same point of the supply chain in the same industry. It is generally seen as a consolidation play by the companies, who hope to gain market share through the transaction.

DealRoom has helped hundreds of companies with horizontal integration management, and this article draws from many of the insights gained through our role in these transactions.

What is Horizontal Integration?

How do Horizontal Integrations Work?

A few circumstances are usually in place for horizontal acquisitions to work:

The most important factorfor horizontal integrations to work is the presence of economies of scale.Without them, there is little value to be created in joining firms together.

Some industries - particularly banking - benefit from having larger market share: subtly different from economies of scale. It means bigger visibility for clients, more credibility, and even becoming systemically important (too big to fail). In many industries including banking, the industry dynamics mean that only three to four large companies can be supported, meaning horizontal integrations become more popular as companies seek to acquire market share.

Anti-monopoly commissions tend to be more lenient on some industries than others. If an industry is outside the regulator’s focus, horizontal integrations are more likely to happen. An example was the merger of Elance and O Desk in 2013 creating an industry giant but in an industry (online freelancing)which was at that time far from regulators’ attention.

Horizontal integrations tend to be more effective when the target company’s management is willing to discuss the deal, or can see some merit in a transaction. This usually leads to more productive negotiations, more buy-in, and less chances of the buyer overpaying to make the deal go through.

There are generally thought to be three forms of horizontal integration:

Where two or more companies of equal size merge to create a new company. An often-cited example is the merger of oil giants Exxon and Mobil in December1998 to create Exxon-Mobil, anew company whose scale gave it a market power that was greater than the sum of its component parts.

Where a company buys another firm (referred to as the ‘target’) folding the target’s operations into its own, enabling the company to build scale. An example is the acquisition of multiple smaller regional and national banks by Santander from the 1970s onwards to build a global retail banking giant.

An internal expansion is reinvestment of capital by the company that shares some of the features of mergers and acquisitions. It can involve new product development or investment in the existing operations, such as geographic expansion that does not involve M&A. An example is how Samsung, a South Korean company, expanded its operations to over 200 countries across the world.

Vertical integrations are, in theory at least, more difficult to execute than horizontal integrations because companies are moving into different areas of expertise, as well as creating adverse outcomes in innovation and competition (discussed in detail in the article).

Advantages and Disadvantages of Horizontal Integration

Indeed, analysis conducted by McKinsey also shows that of the six types of successful acquisition, three can be attributed to horizontal integration strategies: improve the target company’s performance, consolidate to remove excess capacity from industry, and to accelerate market access for the target’s (or buyer’s) products.‍

‍The two decades leading that led to the global financial crash in 2008 were characterized by massive consolidation in the banking industry. The notorious epitaph that banks were ‘too big to fail’ was ultimately the consequence of unprecedented M&A activity in commercial banking.

Bank of America was born in this wave of mergers and acquisitions. When Nations Bank horizontally merged with BankAmerica in 1998 in a $62billion deal, the company’sCEO admitted that scale was a motivating factor. “Scale is indeed better,” he said, going on to state that the combined bank would be “America’s bank at home and all around the world.”

Shortly after, the combined bank - with its combined assets in excess of $500 billion - changed its name to Bank of America. Its assets are now approximately six times what they were at the time, but notably, the company’s share price (using BankAmerica’s share price in 1998 as a reference) is still remarkably close to where it was all those years ago.

‍Scale is a powerful tool in the arsenal of pharmacy chains that can pressure pharmaceutical manufacturers for more favorable prices. The biggest pharmacy chain in the United States, CVS, achieved scale through a series of acquisitions in which it scooped up smaller local, regional and national pharmacy chains.

In 2006, CVS announced that it had agreed to acquire 700 drugstores trading under the names Osco Drug and Sav-On Drug from Albertsons. Already the largest drug store chain in the country at the time of the acquisition, the extra stores acquired in the deal gave CVS control over 6,000 drug stores across 42 states and the District ofColumbia.

The deal was just one of a series of transactions that the company conducted to achieve that level of scale. Since then, the company has moved into vertical mergers, acquiring some technology and pharmaceutical services firms, but the Albertsons deal was the biggest horizontal acquisition CVS ever made.

‍Internal expansion - sometimes referred to as ‘organic growth’ - is the process by which companies grow through reinvesting profits in the company to grow its asset base, profile, and potential, creating a virtuous cycle that leads to more profits. It’s a strategy that is often made in combination with an M&A strategy.

An example of internal expansion can be seen with United Parcel Service (UPS). The company’s biggest acquisitions are invariably in warehouse and distribution centers, ensuring that it has the footprint to deal with the expanding e-commerce market. In doing so, it has reached annual revenue of nearly $100 billion.

Companies looking to achieve scale often begin by developing horizontal integration strategies - looking at the companies operating at the same level of the supply chain and deciding which look like they might best enable the company to grow. This can also lead to geographic expansion, where the company looks at similar companies outside of its own geographic nature.

A word of caution when developing horizontal integration strategies, however: Scale doesn’t generate value in itself. In fact, it can destroy it just as much as create it. Like any acquisition strategy, the motive should be about increased cash flow, growing market share and power, and ultimately, creating value.

How DealRoom helps with integrations

This has given us insights that no other due diligence platform can attest to.

To understand how our M&A tools can ensure your horizontal acquisition strategy is one that builds value, increases cash flow and reduces costs, schedule a free consultation (demo) today.

Vertical Integration Explained: How it Works (+ Examples)
Guide to Mergers & Acquisitions: M&A Meaning, Types, Examples
The Ultimate Guide to the Due Diligence Process in M&A
Thank you! Your submission has been received!
Oops! Something went wrong while submitting the form.