Sell-side vs Buy-side M&A: What is the Difference?
The Anatomy of an M&A Term Sheet
What is an M&A Deal & Deal Structure - The Ultimate Guide
The evolution of data rooms to virtual data roomsText Link 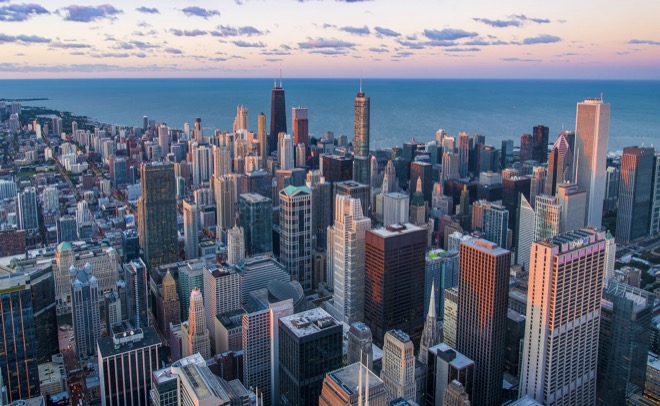 Mergers and acquisitions (M&A) is a $3 trillion activity that changes the long-term trajectory of careers, companies and industries.

Outside of an IPO - and even that is arguable - an M&A transaction is the largest corporate action that any company can take in its lifetime.

Outside of startups, there is not a billion dollar company in existence that has not participated in at least one M&A transaction.

Therefore, there is simply no excuse to be uninformed on what goes on in this industry. We at DealRoom are highly involved into M&A space and has put the following guide together as a prime for those looking to learn more.

So, let's start with M&A definition and meaning.

What is Mergers & Acquisitions (M&A)?

Mergers and acquisitions (M&A) is the process through which companies consolidate via acquiring or merging with other companies, including the acquisition of a company’s assets as well as its equity.

It also takes in corporate actions such as joint ventures and management buy-outs.

Essentially, the easiest way to think about mergers and acquisitions is any time that two companies combine in some form.

What is a merger?

Merger is a corporate strategy of combining two separate entities into a single company in order to increase the financial and operational strengths.

One reason companies often decide to merge is to save on production costs.

Another reason is to achieve enough capital to enter new markets or launch new products.

These types of financial transactions are heavily regulated by the U.S. Department of Justice (DOJ) and Federal Trade Commission (FTC) in order to prevent illegal deals and protect consumers from illegal pricing.

And let's check what acquisition means.

What is an acquisition?

An acquisition - is the purchase of all or a portion of a corporate asset or target company. Acquisitions are a way for a company to achieve substantial growth seemingly overnight, build on the target company's strengths, and capture synergies.

During an acquisition, the acquiring company buys the target company’s asset shares which gives the acquirer decision making power concerning the acquired assets.

What is the difference between a merger and an acquisition?

For the most part, the terms ‘merger’ and ‘acquisition’ are used interchangeably.

Although some like to explain the difference as surrounding whether one of the companies ‘disappears’ into the other after the acquisition, this isn’t necessarily the case: Rather these are often issues of branding, incorporation, and even tax, and vary across all transactions.

A difference in size between the two companies is usually the defining factor.

If a company of the scale of, say, Microsoft acquires a small technology startup, it is usually referred to as an acquisition, regardless of whether the smaller company retains its name or not.

For all intensive purposes, the difference is not clearly defined, and ultimately, not entirely important.

Motives for mergers and acquisitions

In broad terms, the motives for mergers and acquisitions tend to fall under one of the following:

The promise of higher growth is, to some extent, present in almost every single M&A transaction. In theory, acquiring or merging with another company should enable a company to achieve revenues and income much faster than it would be able to achieve organically.

Synergies describe the extra value that is generated when two companies combine, or simply put “one plus one equals three.”

This occurs when a resource such as capital or intellectual property is shared between the two firms in the new entity, allowing two companies to benefit from the resource instead of one.

This type of acquisition or merger involves two companies that operate at similar levels of the supply chain coming together to generate extra value.

For example, the merger of two supermarket chains would allow both companies to enjoy greater distribution and stronger buying power.

This involves the acquisition of companies at different levels in the supply chain to that of the buying company.

For example, a supermarket chain could buy a manufacturing plant to start making its own-brand products, or a courier service to begin a grocery delivery service.

In the sense that no two companies are identical, all M&A represents diversification to a certain extent.

However, when the term is used, it tends to mean that a company is moving into different areas of operation. For example, GE moving from electronics into banking is the textbook example of diversification.

Although this is often cited as one of the benefits of undertaking M&A - the idea that companies can benefit from the tax jurisdiction of other companies by acquiring them and then establishing headquarters in that territory - new moves by governments across the world seem to have effectively cut out this loophole for companies to exploit.

What is M&A strategy?

Any company considering M&A as part of its company’s overall strategy, should put in place an M&A strategy.

As with any good strategy, the M&A strategy provides the company with a set of targets for its M&A and how it aims on achieving those targets.

For example, a company may wish to expand in a certain geography through M&A. The M&A strategy would look at whether it should do this through joint ventures, a large acquisition, a series of bolt-on acquisitions, or perhaps even a merger of equals.

Types of mergers and acquisitions

There are different types of mergers and acquisitions including horizontal, vertical, concentric, and conglomerate.

A horizontal merger is when a company mergers or acquires another company that provides the same service or product to final customers. Both companies are in the same industry, have the same customers, and are at the same stage of production.

A vertical merger is similar but the companies are in different stages of production.

For example, if a car company acquired another company that supplied seat belts for the cars, that would be a vertical merger. Both companies are in the same industry, but separate stages of production.

Another type of M&A is a concentric merger. This is when two businesses have the same customers in a specific industry, but they offer different products and services.

For a merger to be considered concentric, the products or services must complement each other. An example of a concentric merger would be if a cell phone company merged with a cell phone case company.

If a merger happens between two completely unique businesses, it is considered a conglomerate merger. This type of M&A is typically done to expand into other industries.

In 2006, Walt Disney Co. acquired Pixar for $7.4 billion. Since then, movies such as Finding Dory, Toy Story 3, and WALL-E, have generated billions in revenue.

Three years after the Pixar acquisition, Disney’s CEO Bob Igner, set out to acquire Marvel Entertainment for $4 billion. Considering 11 Marvel movies have brought in more than $3.5 billion since the acquisition, this is seen as a strategic and successful move by Disney.

In 2005, Google acquired Android for an estimated $50 million. At the time of the deal, Android was an unknown mobile startup company. The move made it possible for Google to compete in a market owned by Microsoft with Windows Mobile and Apple’s iPhone.

The acquisition is widely considered a success and over half, 54.5 percent, of U.S. smartphone subscribers use a Google Android device as of May 2018.

In 1998, Exxon Corp. and Mobil Corp. made news when they announced their plan to merge. At the time, the companies were the first and second largest U.S. oil producers.

The deal closed at a whopping $80 million and since the deal was made; investors have quadrupled their money and shares have gone up 293 percent with dividends reinvested.

Given the importance of M&A to companies and their industries, it should come as no surprise that careers in M&A can be highly rewarding, both in terms of providing interesting career paths and excellent remuneration.

A previous DealRoom article discusses M&A careers in more depth, and looks at issues of entry points, qualifications needed, and even jumping from a different career entirely into M&A. In summary, the most common M&A careers are:

Businesses are constantly looking for strategic moves to grow market share, build their customer base, cut costs, etc. and M&A provides opportunities that would otherwise be unattainable.

Improve your process with DealRoom Deal Management Software for M&A.

Sell-side vs Buy-side M&A: What is the Difference?
The Anatomy of an M&A Term Sheet
What is an M&A Deal & Deal Structure - The Ultimate Guide
Thank you! Your submission has been received!
Oops! Something went wrong while submitting the form.