What is an M&A Deal & Deal Structure - The Ultimate Guide 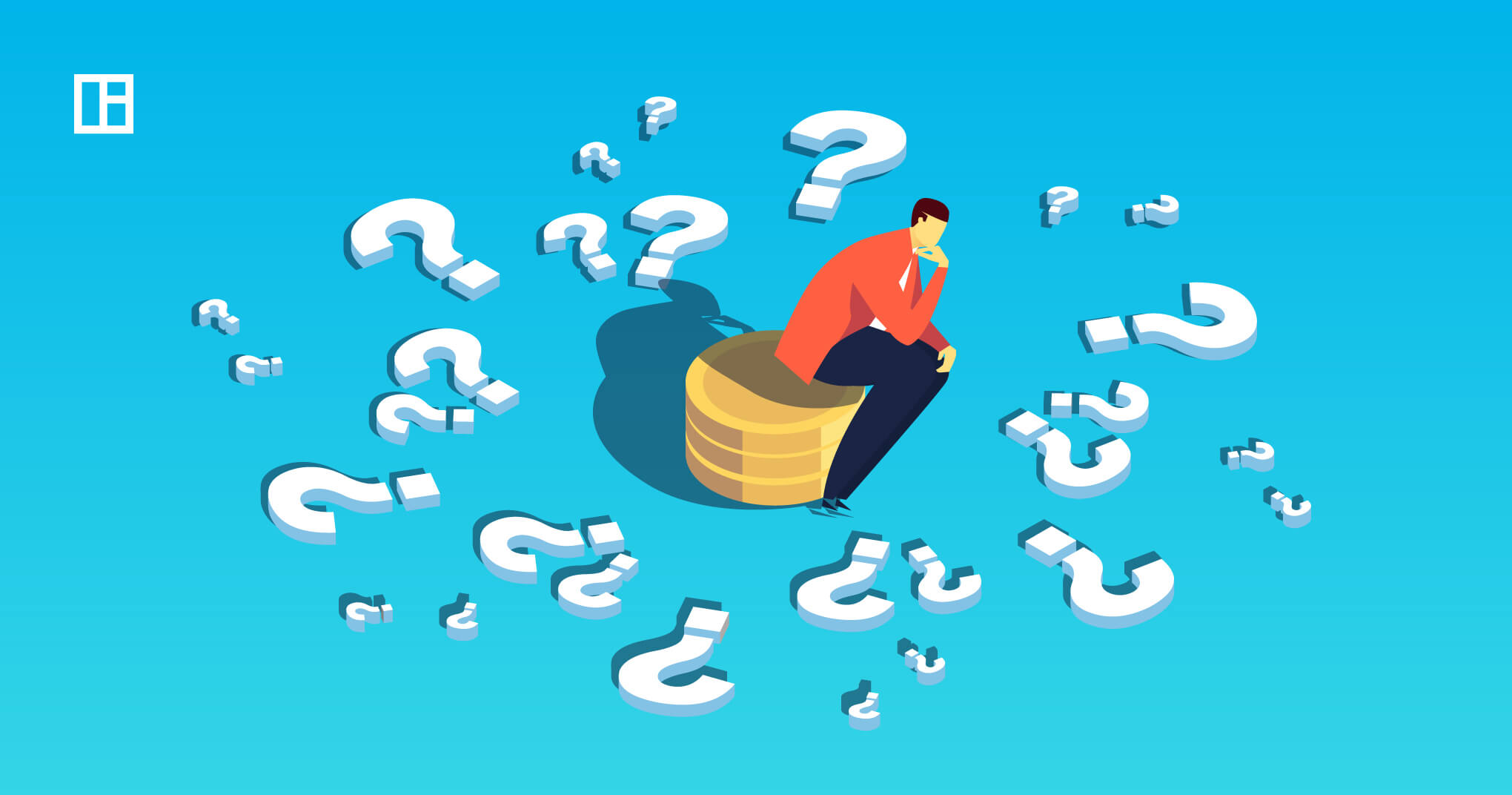 The motive for transactions varies from deal to deal, however, growth is typically one of the key value drivers.

Whether the explicit aim is to enter a new market, add complementary products or service lines, access new technologies, or add to market share, really, it’s about growth - making the company bigger.

What are different M&A types?

Mergers and acquisitions, commonly known as M&A, can be structured in a multitude of ways, including:

What is a merger?

A merger is a transaction through which two or more companies - usually equal in stature - merge to create a larger entity. The fact that both are equals, or near equal, is

an important distinction. In a merger, shareholders of the existing two companies will receive a pre-agreed-upon proportion of shares in the newly created company.

What is an acquisition?

How long does the M&A deal process take?

Deals typically take several months to complete from start to finish. The majority of the deal process is spent on due diligence.

What are M&A deal stakeholders and what are their responsibilities?

Transactions are driven by a range of stakeholders with the end goal of ensuring that the transaction creates value. These include:

The buyer, also known as the acquirer, is the party looking to acquire the other company for some consideration. Their interest is to pay as little as possible, thus

allowing them to extract as much value as possible from the transaction. Buyers need to identify attractive targets and execute acquisitions with the best terms possible.

Buyers have to negotiate the financial, strategic, and acquisition terms with the seller. In order to conduct targeting and negotiations, buyers conduct due diligence.

This is a general term to describe the stakeholders in the target company, including shareholders and management. They exert control over the target company and its assets and decide whether to sell to a buyer or not.

Once a deal is agreed upon, their role is to transfer ownership to the buyer.

The seller’s post-close obligations would include reimbursing the buyer should there be a loss of value due to any violations of the purchase agreement or letter of intent - the terms agreed to before the transaction is closed by both parties.

Most deals involve participation from external intermediaries and advisors. These can include corporate lawyers, strategic consultants, investment bankers, and other financial advisors.

Their role is simply to close the deal with the best interests of their client in mind.

However, as agents, they usually bring an agency problem: most deals are structured in such a way that incentivizes intermediaries to close them, whether they’re in their client's best interests or not.

Although it is not always properly acknowledged, there is always some aspect of government or regulatory - active or passive - involved in M&A transactions, regardless of the size of the companies involved.

Their role is ostensibly to look after the best interests of the public.

For example, when two large competitors in an industry suggest a merger, the deal will often come under the scrutiny of the anti-monopoly commission of that country, which will analyze whether the deal is in the best interests of the consumer.

On occasion, governments will also intervene, when they believe that a deal is not in the ‘national interest’.

This is relatively common in large cross-border deals where a strategic company in telecoms, energy, or aviation, is being acquired by a foreign company and the domestic government blocks the deal from going ahead.

What is an M&A Deal Structure?

An M&A deal structure describes the rights and obligations of the buyer and seller in a transaction.

It usually takes into account issues such as the nature of the consideration in the transaction, the role of management on both sides after the deal has closed, conditions that need to be fulfilled for the deal to close (for example, regulatory clearance), and other contingencies.

The M&A deal structure is extremely important, as it essentially outlines how the deal will generate value for all parties involved.

A comprehensive M&A deal structure will take into account issues arising several years into the future and in particular, unforeseen risks that could impact the deal. The process through which this occurs is called ‘deal structuring’.

All of the time and effort invested in due diligence may end up being futile if the transaction isn’t structured correctly.

The stakeholders need to clarify several issues, including:

Traditionally, there are three main ways to structure an M&A deal.

These structures include either

These key structures present specific advantages and disadvantages for stakeholders and must be considered carefully.

While these three are the most typical deal structures, it is important to note that modern practitioners are becoming more flexible and creative while structuring M&A transactions.

The following structures are sometimes combined and altered to achieve the best outcome for stakeholders and a modern economy.

Asset acquisitions are a well-known and more traditional way of structuring an M&A deal.

In this structure, a buyer purchases certain assets of a target company. Asset acquisitions typically involve a cash transaction after the buyer determines which assets to purchase.

Stakeholders may choose to conduct an asset acquisition if the prospective buyer wants to purchase particular assets while not taking on any of the associated liabilities because the target company will keep its name and corporate entity.

Asset acquisitions do tend to produce high tax costs for both the buyer and seller and is an extremely time-intensive process.

This process is also not ideal for buyers who are looking to acquire non-transferable assets like licenses and patents.

In a stock purchase acquisition, the buyer acquires all or a majority of a seller’s stock from its stockholders.

Unlike an asset acquisition, all of the target company’s assets and liabilities are transferred to the buyer. The buyer will now own all contracts, intellectual property, and licenses.

A stock purchase structure may be good for practitioners seeking a less time-intensive and costly process.

These agreements are typically negotiated quickly because the seller retains much of their normal operations post-close. Taxes are also significantly lower for stock purchases.

One main disadvantage of stock purchase agreements to consider is that all financial or legal liabilities of the target company will be transferred to the acquirer. Dissenting shareholders may also be an issue during this process.

In a merger, two unique organizations combine to form one corporate entity.

The seller is typically given cash, stock, or both in exchange for all assets and intellectual property. In structuring the deal, the seller’s or buyer’s company is reconstituted or an entirely new entity is created.

Typically, mergers only require the approval of a simple majority of shareholders. Minimal negotiations also take place because all assets and liabilities are instantly passed to the acquirer.

The M&A deal structuring process also requires two important documents, including the Term Sheet and the Letter of Intent (LOI).

In any given year, the United States accounts for around half of global M&A activity.

Whenever a mega deal is mooted, there’s a good chance that an American company is at least one of the parties involved - and an even greater chance that one of the country’s blue-chip investment banks will be working on the deal.

The list of deals below gives some insight into the scale and scope of the largest M&A deals in the US over the past two decades:

When Verizon agreed to pay $130 billion to buy Vodafone’s 45% share of its U.S. wireless business in 2013, it brought to an end an often tense 14-year relationship that underpinned the explosive growth of mobile telephone in the United States at the start of the 21st century.

The structure of the deal saw Vodafone shareholders receive $58.9 billion in cash and $60.2 billion in Verizon stock. The CEOs of both companies subsequently told reporters that the deal had been agreed upon in a matter of a few hours.

The $90 billion acquisition of Warner-Lambert in 2000 was notable, not only for its scale but also for being one of the largest hostile takeovers of all time. Warner-Lambert had agreed to merge with American Home Products (AHP) in late 1999 when Pfizer decided to step in with an unsolicited offer for Warner-Lambert’s stock.

After a few months of terse exchanges between the management of both companies, Pfizer acquired Warner-Lambert three months later, leaving AHP with a considerable $1.8 billion break-up fee.

With the energy transition now well underway, it’s unlikely that we’ll ever see an energy deal of the scale of the $73.7 billion merger between Exxon and Mobile in 1998.

Before the deal, Exxon was already the world’s largest publicly-listed energy company, while Mobil was the second-largest oil and gas company in the United States. The combined ExxonMobil Corporation (XOM) would become an industry-defining behemoth, instantly becoming the world’s third-largest company.

Optimize your M&A practice with DealRoom

DealRoom has been specifically designed to address the complexities involved in value-creating M&A transactions.

It provides M&A practitioners from a diverse number of industries across the globe with a world-class project management solution.

Talk to us today about how we can streamline your M&A process, and maximize value across all of your transactions.