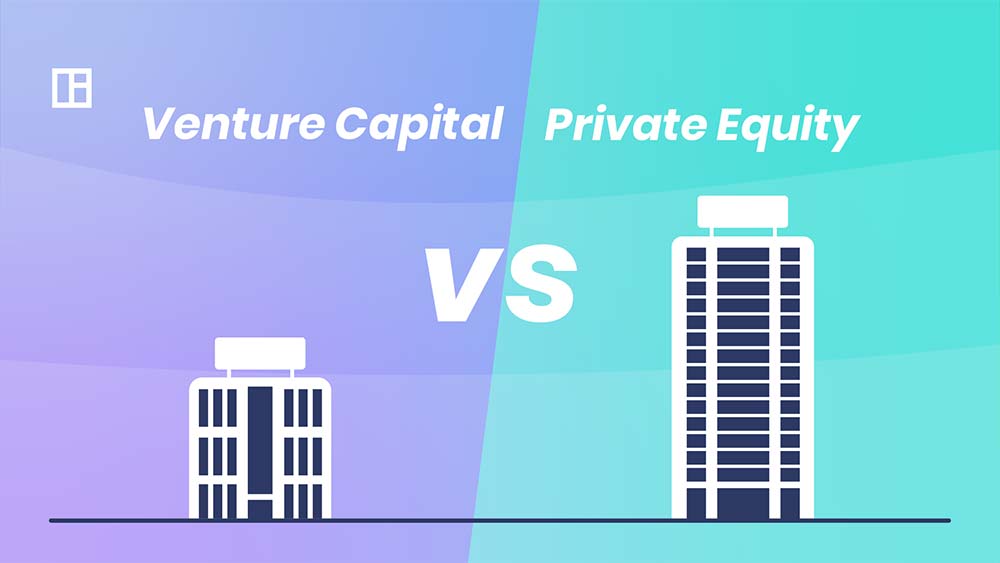 DealRoom works with hundreds of private equity and venture capital firms in their fundraising processes, equipping them with the tools to achieve their funding goals.

In this article, we look at the differences between VC and PE - the two types of investment companies - from a number of perspectives.

What is Private Equity? (PE)

Advantages and Disadvantages of Private Equity

The world’s biggest private equity company, measured by assets under management (AUM), is the Blackstone Group.

Blackstone hires teams of highly skilled economics and analysts to generate macroeconomic hypotheses, which it then puts into action in its acquisition strategies. One of its big plays for the past decade has been logistics: More consumption and particularly, more online retail, will be a big demand driver for logistics capabilities, Blackstone believes.

In 2020, Blackstone acquired a majority stake in the largest logistics park in Guangzhou in China. In acquiring the $1.1 billion share of the park, Blackstone increased its portfolio by approximately a third. It said at the time:“Logistics remains among our highest conviction global investment themes and we continue to see strong momentum driven by e-commerce trends.” It also meant Blackstone’s logistics empire in China expanded to 23 cities.

The acquisition was typical of large private equity deals. It backed up the hypothesis that Blackstone made about e-commerce (further backed by investing in actual e-commerce companies). It also made these investments everywhere -from North America to Europe and Southeast Asia. The acquisitions enable them to tie into long-term contacts of logistics operators (recurring revenue) and capitalize on e-commerce trends (growth)

What is Venture Capital? (VC)

Venture Capital is similar to private equity with the main difference between the two being timing: Venture Capital firms typically invest in companies in earlier stages of their business cycle than private equity. This means that these companies are usually hight growth, high risk companies, sometimes without any significant income, but whose value is based on the company’s potential to achieve much larger income in the future.

Venture Capital investments generally follows the seed capital stage, and companies are already at, or close to, breakeven. The first stage of venture capital is Series A, followed by Series B,C, and D. Venture capital rarely goes past Series D, although in theory, there is no limit to how many investment rounds can be made. However, early investors will expect a payback at some stage, and that usually curtails the investment rounds to about 4 or 5.

Advantages and Disadvantages of Venture Capital

Example of a VC-Backed Company

The example of Airbnb, the $70 billion hospitality industry behemoth is a good example of how VC works, and the kind of companies, people, and ideas that the VC industry can get behind. The company’s early days are now legion. The idea was so outlandish that many investors said that the company would never work. After founding in 2007, the company arranged seed funding in 2009 from Sequoia Capital, valuing the business at $2.4 million.

In 2010, Airbnb announced that it had achieved its first Venture Capital investment - a $7.2 million Series A investment from Greylock Partners and Sequoia Capital. Suddenly, people were beginning to sit up and take notice of a company that seemed like a pipe dream not long before (a common feature of VC firms). The company now had 700,000 individual bookings, over 80%of which were made in the previous six months. It was growing, and fast.

Here is where it might be helpful to understand one of the key differences between Venture Capital and Private Equity. Before Airbnb reached an accumulated 1 million bookings in 2011, it was too risky for private equity investors - still just a concept in most PE investors’ eyes. But with scale, it was suddenly a viable business. By 2014, although still considered a startup, it received investment from a private equity company - TPG investments.

What are the differences between PE and VC?

Similarities between PE and VC

Private Equity and Venture Capital firms ultimately have the same goals - return on investment - they just differ on how to achieve it. The example of Airbnb showed that this can often see them cross horns on the same companies either at the same time or slightly removed in time. Clearly, there are several similarities between the two.

Similarities between PE and VC include:

PE and VC Capital Raising Resources - How Can DealRoom Help

As mentioned at the top, DealRoom has vast experience of helping Private Equity and Venture Capital firms with their investment process.

To understand how to improve your fundraising, restructuring and other PE or VC deal management efforts, talk to us at DealRoom today.

A curious fact is that senior bankers who leave investment banks often ponder whether to begin Private Equity or Venture Capital firms.

This tells us much about the similarity between the two, the benefits they provide, and the knowledge required to make them a success. Another thing that successful firms in both industries have in common is the use of virtual data rooms.

Talk to DealRoom about how our virtual data room and deal management solutions can help you, regardless of which of the two forms of investment your company falls into and get a free quote today.

Get a free quote