Series A, B, C Funding: How it Works 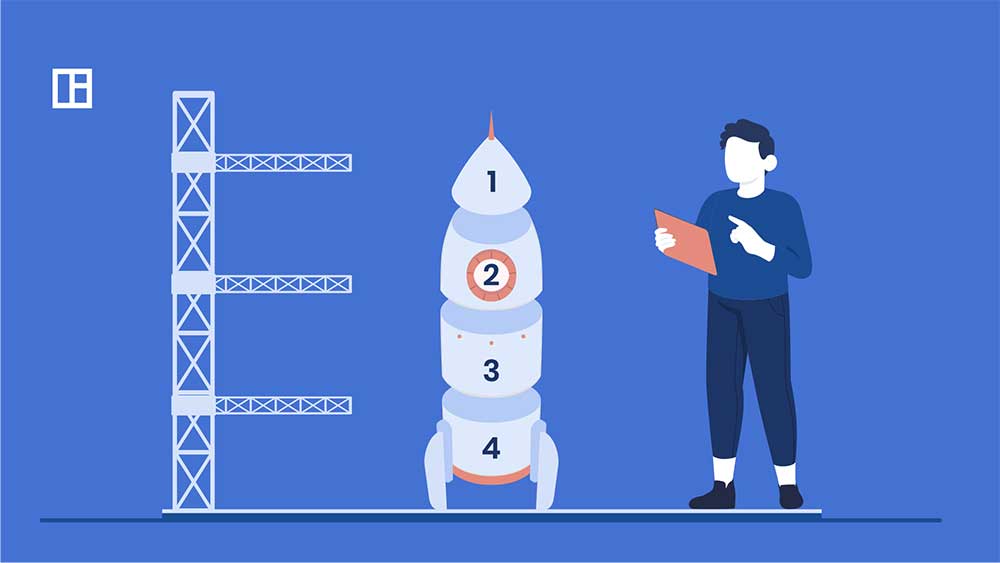 Series A, Series B, andSeries C funding are each forms of fundraising for startups at various stages of their development.

The world’s largest technology firms have, almost without exception, passed through each of these fund raising rounds at the beginning of their journey.

Below, we look at each in more detail.

The funding process for startups is divided into a series of phases. This begins with the pre-seed and seed phases, when companies are often armed with little more than a minimum viable product (MVP) and little or no revenues, followed by the venture capital phase (series A funding onwards), when bringing the company to scale is the objective.

The aim of startup funding is to ensure that a young company has the financial resources it needs to achieve scale, thereby enabling the investors to see a return on their investment.

There are no set rules for how much money or equity is provided at each stage, but the financial investment and the equity stake tends to be larger at pre-seed and seed stages than later stages of investment.

Types of Companies Investors Look For

Each investor will have its own conditions for committing capital to a startup company.

As much as they tend to say that they invest in people rather than companies, this is only partly true: They’re looking for companies with clear growth potential, preferably with a clear competitive advantage.

Some of the typical characteristics they look for include:

High margins or high volume - The key to generating long-term value will be the company’s ability to sustain at least one of these.

Clear exit plan - Is there a clear route for an exit for the investors? They’ll be thinking about the exit right at the outset of the conversation, so there needs to be a clear path to one.

Pre-seed funding is the very first stage of funding and often involves the founders using their own cash as well as that of their friends and family. During this stage, the company is usually only at a concept stage and hasn’t reached the market yet. Unlike later stages of funding, equity usually isn’t exchanged for the funding - usually just a promise to get the money back when later stages of funding kick in.

At the end of pre-seed funding, there should be at least an MVP of the product in place.

This stage can also include equity funding from friends and family, but will also involve outside investors, most commonly referred to as ‘angel investors.’ Funding is typically anywhere above $100K and under about$3 million. If a founder believes the amount raised is enough to bring the company to where they want it to be, this may also be the company’s final round of funding.

There’s another issue here, which is the time that it takes to recover the investment. Although a 5-year timeframe would be attractive for investors, it’s more realistic for investors to expect to be able to cash in around 10 years after the investment. This is a long timeline for any investor and requires a considerable leap of faith in the company and its potential.

Series A funding brings a significant step up in the level of institutional participation in the funding process. The scale of funding and the formalities required to achieve it, mean that family and friends now take aback seat to venture capital (VC) investors.

VC investors will conduct thorough due diligence on startup companies before handing over their capital. Explore our venture capital deal structure guide and find out what VCs look for in a deal.

At this stage, companies’ valuations are higher, as they’ve already generated revenue and have shown a market for their product or service. Valuations of around $20 million are typical.

However, it’s uncommon for companies seeking Series A funding to show a profit as most of their revenue goes straight back into achieving growth (typically on operational costs).

A good example of how this funding correlates with the company’s value can be seen in the timeline of Facebook’s funding rounds.

As the graph above illustrates, it received Series A funding of $12.7 million in May 2005, giving the company a value of $85.3 million, with those investors receiving 14.9% equity, and leading to a handsome pay off at the later IPO in 2011, a full six years after the initial investment.

How to get Series A Funding

Achieving series A funding is a combination of several different factors. The first is about putting together a great team and company in a market with huge potential. But there’s also putting together a winning due diligence package, communicating the company value proposition well through its pitch deck and marketing materials, and…finding the right investors.

Finding the right investors is easier than it sounds. While most startup founders love the idea of having a Sequoia Capital orAndreessen Horowitz on board, these VC companies receive thousands of pitches every month, and getting to an interview stage with them would be an achievement in itself.

It’s more likely that you’ll find a VC funder from outside the well-known names.

But even those investors that don’t show interest can provide feedback of some form. It could be something with the business plan or something within the company’s market that they believe needs rethinking.

Founders are well advised to take all feedback on board and if appropriate, include it in later iterations of the deck, financial plan or business model to strengthen the proposition.

Tips for a successful Series A Funding

The competitive nature of the Series A funding round (Crunchbase estimates that there are around 23,000 seed-funded companies in the US alone - most will end up looking for Series A funding), means that companies have to be well-prepared before entering the process.

See our 7-step guide about how can companies prepare for a successful funding.

By the time a company reaches series B funding, it should already have developed a name in the VC ecosystem as a viable company with significant growth potential.

The amount of funding here is typically above $10 million and the ceiling on funding depends on the company’s ambitions (and ability to show investors that its targets are realistic).

For example, WeWork received funding of $500 million for its series B, giving it a valuation of $4.5 billion.However, the median level of funding is closer to around $20-25 million.

As you might have guessed from the tractor until now, by Series C, companies will be well established. A return on investment is usually considered much less risky at this stage, and there should be strong competition among investors to partake in the fundraising, allowing the founders to achieve a more attractive valuation for the company, and perhaps some earlier investors to cash in on their equity participation.

For example, before going public, Facebook acquired companies such as FriendFeed and ConnectU for nearly $80 million combined, giving it access to valuable technology (and enabling it to fend off potential lawsuits).

Because the issue for Series C funding is scale, and not survival, this round tends to bring in investors from outside the VC ecosystem. These could include family offices, private equity companies, hedge funds, and even (in the case of WeWork) sovereign wealth funds.

At this point, the company will already be making noises about a future IPO, and many of the investors will look to participate on the basis of the upcoming public offering.

Once a company reaches Series D, it should already be an established player on the market, and well-known by virtually everyone. By the time Facebook had its series D funding round in 2009, it already had nearly 250million monthly active users.

At this point, companies usually don’t even need the money – it’s more that their potential and visibility give it the opportunity to raise it at a much lower price.

In the case of Facebook, that meant a $200 million fundraise, giving the company a valuation of $9.8 billion.

In theory, there’s no limit to how many extra rounds of funding that a company can have.

Series E, Series F, and Series G rounds have all grown substantially over the past two decades. However, there are practical limits to a company’s growth potential and the amount of money that investors are willing to invest to achieve an ever smaller amount of the equity.

The biggest risk and returns are associated with early stage investments. The opposite is true of later rounds.

Starting up a company is not an adventure - it’s a discipline.

When you begin the fundraising process for your company, it’s tempting to believe that your competitors are starry eyed dreamers with good ideas similar to your own.

The reality is that many of them will be graduates of Stanford and MIT, some of whom are serial founders with exits under their belt, and war wounds to show from it.

This is the level you’re competing against in startup fundraising.

Armed with this knowledge, you’ve got to step up to the line quickly.

When working with investors, show them that you’ve got your wits about you by putting together your data room as soon as the company is operational and continue to add to it as you progress. Don’t leave this until the last minute

DealRoom’s virtual data room has been helping startup founders create outstanding due diligence packages for over a decade.

Boost your fundraising success and leverage our data room for startups.