Non-Disclosure Agreement: What Is NDA (+ Template) 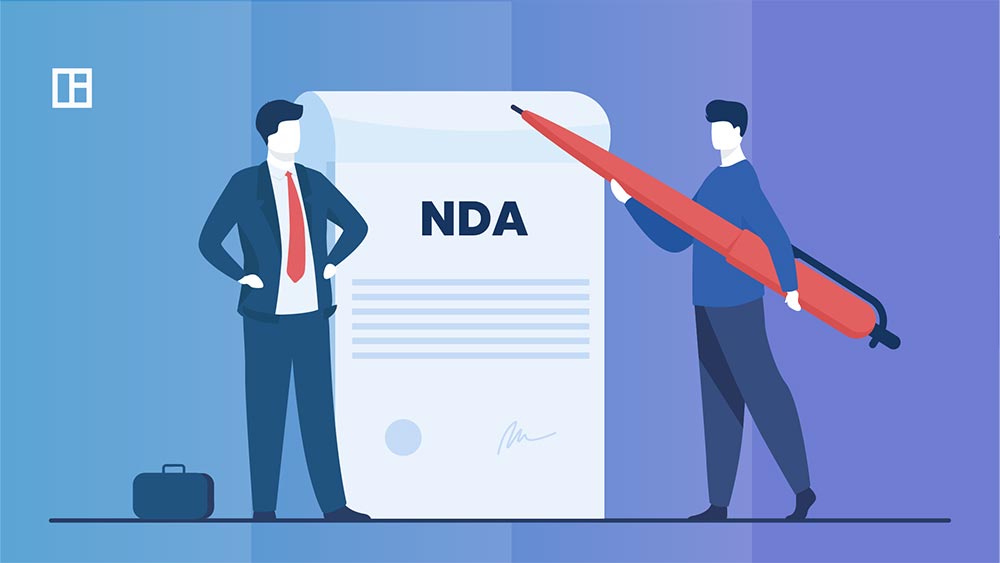 In the course of interacting with other companies during an M&A transaction, sensitive information and data will inevitably be exchanged.

This should only be exchanged after the execution of your company’s standard non-disclosure agreement (NDA), enabling you to share information with a counter party knowing that they cannot legally disclose the information to other non-authorized third parties.

NDA is usually a part of firm's due diligence documents. Let's start with its definition:

What is a Non Disclosure Agreement?

An NDA (sometimes referred to as a ‘confidentiality agreement’), is a brief legal contract between two parties that binds both sides to secrecy around all non-public information disclosed between them.

Typically, the NDA prevents counter parties from disclosing sensitive corporate information such as detailed company accounts or IP, but could also relate to all communication, including email and telephone conversations between the parties.

Why Use an NDA?

In theory - if not always in practice, unfortunately - NDAs protect your company’s confidential information reaching parties that it shouldn’t (particularly competitors, or those that might steal your IP).

A second reason to use it, and arguably just as important as the first, is that an NDA is considered an industry standard. Internal company procedures at many investment banks mean that they cannot send or receive information without signing an NDA first.

When are NDAs used

NDAs are legally binding 100% of the time. In practice, they work…somewhat less than 100% of the time. Part of this is human nature - an NDA is essentially asking people to hold corporate secrets and we can imagine how that isn’t always effective for obvious reasons. The other reason that NDAs don’t always fulfill their function is because of overuse:Entrepreneurs ask investors to sign NDAs when it’s not necessary - it should only be used for information worth protecting.

This last point -information worth protecting - makes NDAs applicable in all kinds of areas where valuable information is exchanged. For example, new employees with access to valuable internal company information generally have to sign an NDA with their own company, stating that the information cannot be disclosed with anybody outside the company. And the fines for breaking the contract are significant.

How long does an NDA last?

The standard time limit for an NDA is anywhere between 1 and 5 years. Where M&A is concerned, the typical duration of timeused for an NDA is 2 years, possibly in the expectation that the company willhave been sold within that timeframe.

What types of NDA are there?

There are three broad forms of NDA: unilateral, bilateral, and multilateral. Below, we look at the difference between each of the three.

This is the most common form of NDA, and involves one party disclosing its information to another. The party (usually a company) uses a standard unilateral NDA to share confidential information with employees, advisors, buyers, and others.

Also known as mutual NDAs or two-way NDAs, bilateral NDAs are used when two parties need to share confidential information with each other. A good example of where this might be the case is a merger being proposed between two firms.

A multilateral NDA is used where information is being signed with more than one party. This could involve sharing the NDA with several individuals (as is the case with a data room, foe example) or several organizations (for example, in some form of corporate cooperation).

Who signs an NDA will depend on whether it is unilateral, bilateral, or multilateral. But in any case, the issuer of the NDA (the one disclosing the information) will be one of the signatories, as will those to whom the information is being disclosed (the recipient(s)).

What happens when you violate an NDA? Frankly, it’s generally difficult and expensive for companies to prove that an NDA has been violated. One thing that will happen, without question, is that the professional reputation of the recipient will be ruined - possibly irretrievably so.

What should an NDA include?

An NDA doesn’t have to be written in legal jargon that nobody can understand. Quite the opposite. It needs to be clear and leave little ambiguity about what information is being covered and what the terms of the confidentiality are. The aspects which need to be included are as follows:

1. Identification of the parties

This is an extra clause sometimes added to the parties, which enables the recipient to share the information with third parties. This would apply in cases where  an intermediary - for example - needed permission to share company information with potentially interested buyers.

3. What is covered by the NDA (i.e. what is confidential under the terms of the agreement):

The wording here can be tricky sometimes, and may require legal counsel. Essentially, you need to define quite succinctly what constitutes confidential information (written and/or verbal)without specifically referring to that information in the NDA.

The recipient cannot reasonably be expected to keep every piece of information he/she obtains confidential. On this basis, the NDA includes some exclusions that could cover, for example, information already known by the recipient, or information disclosed to the recipient by a third party not covered by the NDA.

Essentially, this should cover how long the agreement lasts (1-5 years) and what the consequences are for the recipient breaking the confidentiality agreement (prosecution, etc.).

Companies that need to exchange information with third parties constitute the largest part of DealRoom’s client base. They have often asked us for a recommended “standard” NDA for M&A.

This led us to developing an NDA, which works well for all forms of mergers and acquisitions, and one which we estimate has been used over a thousand times by companies working on transactions.

Develop Your Own NDA using DealRoom

Every deal should have a proper NDA in place.

DealRoom is a due diligence management software and virtual data room that allows M&A practitioners to easily create, sign and manage their NDAs and offers 30+ pre built templates designed to streamline transaction workflows.

Learn how DealRoom can help streamline your dealmaking today!