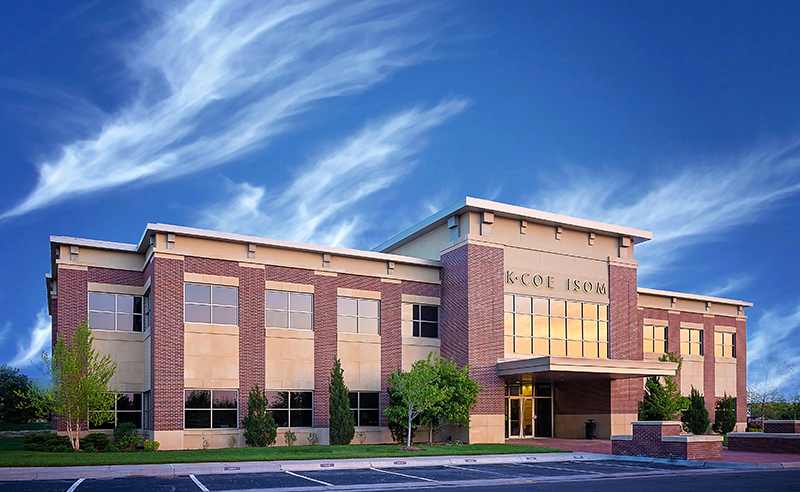 During this session two KCoe Isom employees, Anna Smith, Director of Financial Planning and Analytics and Lucas Phelps, Technology Innovation Leader share their experiences with fundraising, how they use DealRoom, and give advice for other practitioners.

The ability to comment, ask questions, and have the client respond all in one central portal reduces redundancy and increases organization
Individual rooms have a project management style view of the entire diligence process that can even extend into the integration phase
Use of DealRoom pre-made templates ensured they did not miss any deal-critical requests
Room communication creates transparency between functions

KCoe Isom is a national leader of CPAs and consultants in the food and agricultural industry. They have a strong regional presence in community banking, construction, education, healthcare, manufacturing, real estate, and development and technology. With 21 offices in a variety of locations from California to Washington D.C., KCoe Isom ranks in the top 70 firms in the United States.

Anna Smith is the Director of Financial Planning and Analytics at KCoe Isom. Anna has over 20 years in finance and operations on both buy-side and sell-side M&A transactions, holding around seven years of experience in venture capital. She did freelance consulting and assisted companies with capital acquisition as well as sell-side transactions. She joined KCoe Isom in 2019 as the in-house professional responsible for leading diligence in acquisitions of new service companies or new professional services firms. She helped expand the reach of services.

Lucas Phelps is a Technology Innovation Leader also at KCoe Isom. Lucas is based out of Kansas and has spent the last 16 years doing IT work. He had no finance or M&A background prior to joining the firm, but as a hobby in his spare time enjoyed real estate investments and remodeling work. When his firm discovered this, they decided to put him in charge of facilities and new office build outs. This introduced him to the M&A team, and for the past 14 years he’s assisted in the IT side of all the firm acquisitions. He helps with the bringing in of new systems and getting them on board with the systems currently in use.

Prior to Anna joining the team, there were no internal M&A processes in place. When an acquisition was announced each function worked independently on their own tasks with little to no communication. Deals were being executed on Excel spreadsheets and through email, with the IT team falling to the backburner. Due diligence was focused on finance and operations and once those two aspects passed, only then was IT brought to the table. They would be brought in to onboard the target company, not having any knowledge as to what was actually going on with the company they had acquired. Before implementing DealRoom, the KCoe Isom team would receive deliverables in all different formats - PDFs, spreadsheets, one-off emails - and consequently the materials would get lost in someone’s inbox, even among their own IT team. They had no centralized viewpoint of what had gotten done, where certain documents were stored, or a way to track general progress between teams. There was no way to tell what should take priority, just one big data dump. Before Anna was introduced to DealRoom, she would have to use a variety of platforms in order to execute a deal. When Anna would request information from the target to store in their data room software, she would receive that information in all different formats and have to spend time organizing that information herself.

The KCoe Isom team recognizes there’s also a lot of emotional activity surrounding M&A, especially when you’re acquiring a small family business. It is an emotional experience for the target company to get acquired by a larger company like KCoe Isom, and you want to be as sensitive to their situation as possible. Therefore, you don’t want to burden them by asking for the same documents over and over again. In these situations, the target can already be on the fence about the deal in the first place. Having to provide extensive information about their organization and their employees can push their doubt to an even higher level, putting the deal at risk. This is why having an intuitive, centralized database where all documents can be safely stored is so important.

After some time of dealing with this many paint points and no data sharing between teams, eventually, the company decided it was time to change their ways. As Technology Innovation Leader, Lucas was put in charge of finding new software and evolving their old processes. After doing research on competitor’s platforms, a team member came across and evaluated DealRoom, deciding it was the best platform for their needs.

By using DealRooom, KCoe Isom was able to have a level playing field between teams and all their needs during the diligence phase of M&A. What was missing in other data rooms that DealRoom could provide was the ability to comment, ask questions, and have the client respond all in one central portal. Individual rooms have a project management style view of the entire diligence process that can even extend into the integration phase. “It makes more sense to have a centralized and streamlined data room like DealRoom,” Anna comments. “It reduces redundancy and makes communication more transparent.” Their team also saw the intuitive user experience ease tensions on the target side. The last thing an acquirer wants to do is complicate the transaction by trying to get their client to adopt a hard to use platform, creating more work for them. DealRoom allows users to provide context as to why certain documents are needed in order to move forward, which makes the client less intimidated, have clearer communication, and reduces redundancy.

KCoe Isom implemented DealRoom in 2019 and have trained their entire diligence team on how to use the platform. One unique feature of DealRoom’s they found especially useful was the diligence templates that can be used to get your pipeline started. By using this template for reference, their team was able to be sure they did not miss any deal-critical requests. After everyone knew the basic functionality, they were able to customize DealRoom to their personal needs. For example, they have implemented the rule that all communication must be entered into DealRoom. If there is any communication done outside it must be put into their room in order to keep a record. By doing so, all teams can know what is going on, creating much more open communication and transparency between functions.

The KCoe Isom team had one specific request for the DealRoom team: to create confidential folders within one route as opposed to at the route category level so that, for example, only HR had access to confidential salary information. After some conversations with the DealRoom team and CEO, the DealRoom engineers created the ability to put permissions in at least two different levels of categories. Seeing how responsive the DealRoom team was to their needs, the intuitiveness of the user experience, and the centralization of information solidified the belief that they had chosen the right platform for them.